Grab a Clipboard: The Nuts and Bolts of Activism

"If you're disappointed by your elected officials, grab a clipboard ..."


These are the words of former president of the United States, Barack Obama - given during his farewell speech to the nation.


As someone who has gone full sail into political activism - to the point that I am actually now running for public office myself (yes, I care about the future of this nation - a lot!) - I have to say that I can truly appreciate President Obama’s sentiment.


At the end of the day, if we can’t get strong people who share our vision for this nation elected into public offices around the country, then flooding the mall of Washington, DC, sending hundreds of thousands of pink slips to the White House, marching across the Walkway Over the Hudson, etc., will all be for naught. Now that the first election season since the November 2016 election is heating up, let’s make sure that we don’t lose sight of this fact.


We can take to the streets all we want - but if we cannot change the balance of power in county legislatures, town councils, and state assemblies around the nation, then we have little chance of changing the path that this nation is currently headed down.

Why Should You Grab a Clipboard? 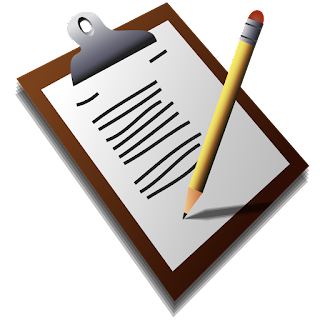 First off, you can get a clipboard from Staples for 87 cents.


What a deal! But seriously, as someone who is well on his way along the campaign trail (running for Ulster County Legislator, District 12 - Plattekill, by the way), I now see that going out and knocking on the doors of constituents is one of the most basic parts of the electoral process. And I have to say, it is a lot of fun - and you learn a ton along the way.


Here are the reasons that you need to get a small army and go out with your clipboards - regularly between June and November. That is, if you want to have the best chance of winning …


When a candidate comes up for a position, it takes a lot to formally “get onto the ballot.” I learned this the hard way. A few weeks ago, I attended a meeting of the Plattekill Democrats indicating my interest in running for our seat in the county legislature. I gave a little speech and everyone seemed to like what I had to say - and I was unanimously supported by the committee. I figured that was about it. Then these nice folks started telling me that I had to get signatures of registered democrats in the district so that I could be formally on the ballot. Oh. OK. Turns out that I needed a lot of signatures. And I was encouraged to double the amount that I needed. Wow - this was going to be a lot of work! But of course, I don’t mind doing a lot of work - so I was off. And I was fortunate to have several friends and members of our great local grassroots group, Move Forward New York, and members of the Plattekill Democrats help me with the process.


But that was just another step in the campaign journey! I did not put my clipboard away after that!


Well guess what? The more lines you get your name on, the more likely you are to win. So after you get your signatures for your major party, the next step is to try to get signatures needed to support your efforts to represent other parties - usually other parties that make sense given your perspective and platform. For me, that meant getting on the Working Families line and a few others that are consistent with my general platform.


From a boots-on-the-ground perspective, this means going out some more with your clipboard and your smile - and hopefully with some friends!

Another reason that you might go out with your clipboard in the process would be to encourage people to attend a caucus or primary. In a caucus, all the registered members of a party attend and have the opportunity to vote for one of multiple candidates - each of whom is going after the same party line on the ballot. In our local community, progressive candidate Lisa Lindsley has been supported by the Gardiner Democratic Committee - but she next needs to win the vote of the registered democrats who show up at a caucus later this week against a candidate who is reportedly seeking both the Democratic and Republican lines on the ballot.


Yeah, that’s a reason to get out there with your clipboard! Knocking on the doors of registered democrats and providing them information about this process - and encouraging them to attend the caucus - and, ideally, to vote in a way that is consistent with their political values - that’s another potential step in the campaign journey. And, of course, at every step in the campaign journey, you’ve got your handy 87-cent clipboard in-hand.


This is probably the best-known form of “canvassing” during the campaign journey. As November approaches, candidates and their supporters famously come around with their clipboards, materials, and smiles - letting folks know who they are, what they stand for, etc. And they also remind people of the date of Election Day. Human resources are, of course, needed for doing this well!

Before I jumped onto the campaign trail myself, I had a lot to learn about the process! Good thing that I have had great teachers in folks such as Dustin Reidy, Tara Fitzpatrick, and Mike Grubiak all help provide me clear guidance on the process. Along the way, I’ve learned about the “10-touch” rule and the notion of the “voter universe.”


The 10-touch rule is simple: If you really want to put your best foot forward (and if you know me well, you know that I will do nothing else), then you should make sure that all the members of your “voter universe” get at least “10 touches.”


So here are some definitions:

Once you figure out your voter universe, then the plan ultimately becomes figuring out a way to make sure that each member of that universe gets 10 touches by you and your supporters. Of course, the clipboard will be in-hand at every step!


So suppose that your voter universe is 1,000 voters. And suppose that you are going full-guns and plan to have a knock on the door of each voter on at least five occasions (as part of your 10 touches) during your campaign. Now suppose that those 1,000 voters live in 600 houses (some folks live in the same house - married couples, etc.). The math then is this: You are looking at 3,000 door knocks between June and November.


This is where the small army comes into play! A candidate who is running a tightly contested race cannot do it alone. 3,000 door knocks is going to take a lot of work and a lot of commitment. And a lot of people.

To quote Thomas Edison, at the end of the day, as with anything, it’s hard work that plays the major role in getting things done in the world. You can look great, smile, and say all kinds of wonderful things - but at the end of the day, if you cannot do what it takes to very effectively get the word out about your candidacy to the members of your voter universe, you are not giving yourself the best chance to win.

Dustin Reidy, a true legend in the Hudson Valley when it comes to electoral processes, is currently organizing an event called NY 19Votes: Summer Canvass. There are field sites all around our congressional district that he has worked hard to set up. People who are interested in making a difference are being encouraged to sign up and to come out on July 23 between 1-6pm - to kickoff the all-important step of getting the word out about the candidates whom we hope to see in elected positions next year. If we have been truly woken up by the results of the 2016 election, then people will come out in droves for this event - and if you live in NY District 19 and are interested in helping get this nation back on track - and you have no plans for July 23, I say you take 87 cents to Staples, grab a clipboard, and join what may end up being the single-most important part of the resistance to date.


Walking around with a clipboard may not be as glamorous as marching in Washington, DC - but, at the end of the day, I’d say that it matters at least as much. There is a reason that Barack Obama’s final message to our nation was primarily grab a clipboard. The future is the reason. And the time is now.


By the way, my house will be one of the field sites for the July 23 canvassing blitz. And yes, I have some extra clipboards - feel free to join me as we become part of a district-wide blitz that tells people across the region this: We are here.

Note that the views expressed herein are expressly the views of the author and are not necessarily the views of Move Forward New York as a collective entity.
Posted by Unknown at 6:58 AM No comments: