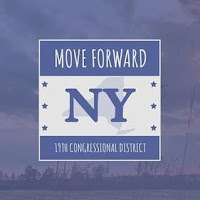 Delgado, a Rhinebeck resident, and Schenectady native, recently won the Democratic primary. Antonio, a lawyer by trade, has also worked to inspire and empower youth, primarily through music. Delgado has spent the last year and a half, or so, traveling around the 19th congressional district, speaking to voters in a variety of forums, discussing his plans to secure universal and affordable healthcare for all, protect a woman’s right to choose, create a tax code that works for working people and the middle class, protect the environment and combat climate change, in addition to other current concerns during this time of crisis in our country. Delgado is a stark contrast to current Congressman, John Faso, who has mostly avoided major interactions with his constituents, while chiefly voting in support of the Trump Administration. Move Forward New York asks our fellow citizens to continue to become informed on the issues facing NY CD19 and believe Delgado is the clear choice to help our district, and our country, move forward.

For more information on Antonio's campaign, including how you can volunteer and/or donate, see his website here.

And for more information on Move Forward New York, check out our website here.

The 2016 election was excessively divisive. Further, the members of Move Forward New York have specific concerns regarding the agenda and decision-making style of the current president of our nation. Among other things, we are concerned about issues of human rights, the treatment of immigrants, the treatment of Muslims, LGBTQ equality issues, racism, issues of misogyny, possibilities of international war, possibilities of civil war, increases in terrorist actions, poor fiscal management at the federal level, adverse changes in health care, and adverse changes in education - among other things. This group, comprised of more than 2,000 dedicated individuals who are mostly from New York (and who include many first-time activists) has as its primary mission to affect US politics on multiple fronts so as to help us reclaim our nation and to help us make sure that the USA continues to serve as a safe haven for ALL people. 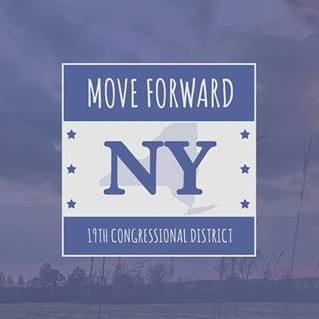