We Will Not Forget Heather Heyer: Charlottesville and the Importance of Grassroots Activism Today 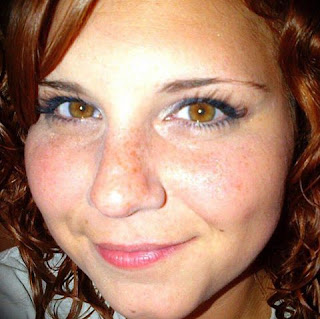 The horrific and unnecessary killing of 32-year-old Charlottesville native, Heather Heyer, is a wakeup call that must be heard across the land. A group of organized white supremacists, many of who self-identify as Nazis, created a situation in which violence was certain to erupt. In our country, we learn about the horrors of slavery, racial discrimination, and fascism in our schooling - and we learn about the importance of standing against these injustices strenuously. At least that's how I was educated. In protesting the "Unite the Right" rally in Charlottesville this past weekend, Heather Heyer, then, was doing her civic duty. The United States is a nation based on compassion and diversity, and taking active steps to help ensure that these core values remain as the foundation of our nation is simply an obligation of living in a democracy like ours.

For someone dedicated to exercising her First Amendment rights on behalf of the values of America to be senselessly slaughtered by a deeply misguided and disturbed 20-year-old Nazi sympathizer / terrorist tells us that the problems with our nation are beyond any reasonable line that one might draw.

If you are concerned that the nation is on a dangerous path, heading quickly away from the core values that formed the basis of this country, I have news for you: Your concerns are warranted.

Yesterday, a group known as the Resisterhood organized a candlelight vigil at the park in New Paltz – bringing people together to honor Heather and others who lost their lives senselessly in the Charlottesville incident. Thank goodness for the Resisterhood and for similar grassroots groups that are making noise all around our land.

While everyone who spoke had a unique set of concerns, the common theme was this: We are mad as hell and we aren’t going to take this any longer.


At this time in history, it is up to each and every one of us to stand and take active steps to make sure that this country gets back on track. To my mind, there are absolutely no other options.

What We Can Do?

During such a difficult time, people are regularly asking what they can do to help with the greater cause. In the past year, I’ve become deeply involved in activism and have given this question a lot of thought. First off, don’t for one second feel that things are hopeless. They are not. There are millions of Americans who share your concerns and perspective on the world. So don’t give up.

With this in mind, here  are specific actions that you can take to do your part in this war that we now find ourselves in:
Bottom Line

I don’t know about you, but I don’t plan to let Heather Heyer’s death be in vain. The last thing that Heather ever posted on her Facebook page was this: If you’re not outraged, you’re not paying attention.

We hear you, Heather - loud and clear.